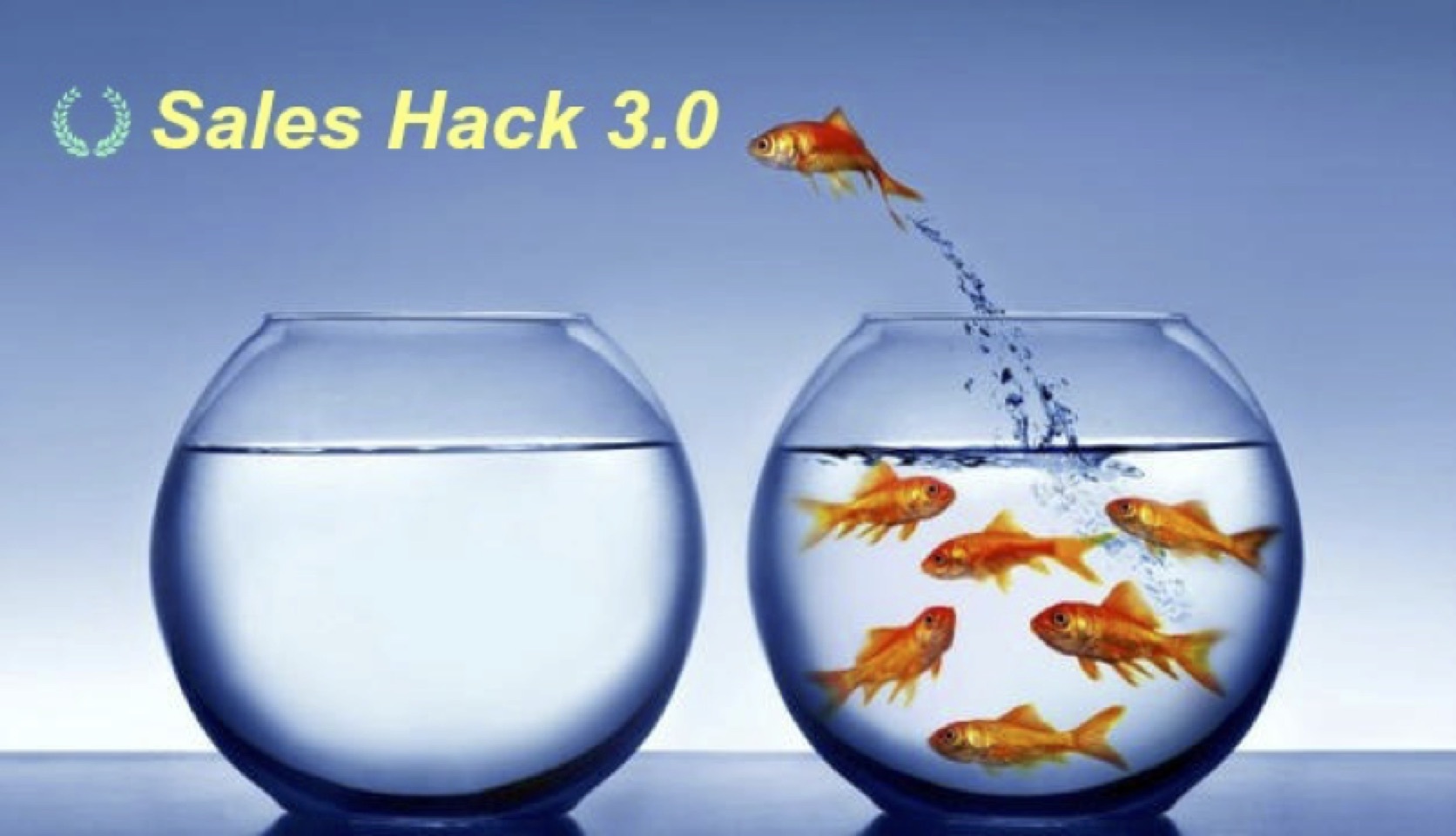 Are you still looking for your prospects on the streets and in events and meetings ?

Do you want to know the secrets on how top networkers
are getting tons of prospects automatically
while they are spending their time with families and friends ?

One week intensive coaching worth RM500

You will experience top 1% sales skill within a week through
intensive One to One Sales Coaching.

Monthly Promotion for First 5 participants only

You won’t be able to get this type of training anywhere else.

If you are interested in this Free Trial Coaching,
just send your name & Skype/LINE/Whatsapp ID
to jmonetwork888@gmail.com now
or
Just click the button below to register your name and email address.

What you can learn from The Magic of Referral System are :

1) What and how to talk during the first connection.
2) 10 questions to make your prospects comfortable within 5 minutes.
3) How to become a distinguished person at the first impression.
4) How to make the next appointment in the most effective way.
5) What kind of tools to use to make yourself stand out among others
6) How to get referrals in the most natural way
7) How to synergize your referrals
8) And lots more

I went back to Japan between 1997 to 2002.  I had interviewed 198 successful businessmen and businesswomen during my stay in Japan.

The information I have gathered are :

*  Mr. Kobayashi : He was nominated the No. 1 sales agent and team manager. During that period, he was attached with Prudential Insurance Pty. Ltd. He was a TOT holder as well.

*  Ms. Wada : Performing at her peak at Britannica Inc., she was ranked No. 2 in the world sales ranking among 142 countries.

*  Mr. Endo : He created his own seminar sales method for insurance sales. Now he has more than 2000 members in his group, and they are learning his effective method throughout Japan and continued to produce excellent results.

*  Mr. Kanamori : He is the so-called Japanese “Jay Abraham”. He graduated from the top Japanese Tokyo University and became a freelancer. He was once cheated by a businessman and had a million USD debt. He had learned the reality of business and its systems the hard way and became the master of business and brought revolution to various business models.

*  Mr. Kanda : He is the so-called Japanese “Dan Kennedy”. He brought Direct Response Marketing (DRM) to Japan. He formed his own DRM study group with over 3000 members and achieved amazing results.

You can subscribe to Mr. Yoichi's email magazine to find out more by clicking the button below.

Increase Your Sales Revenue 10
Times By Using The Strategy of No.1 Japanese Sales Record Holder. 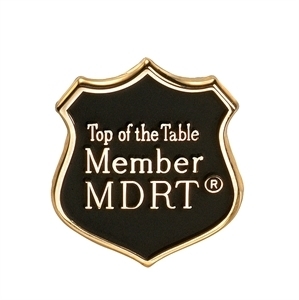 If you want to get breakthrough in your sales,
you need to install top performer's mindset and strategies.

Mr. Kobayashi was a title holder of No.1 sales record not only an individual but also as a team leader at Prudential Insurance in Japan. Many sales agents in Japan are using his proven methods and strategies.

You will get more detailed information by clicking the button below.

Subscribe to Top 1% of KL Sales Master Club Mail Magazine and you will receive all the information above. 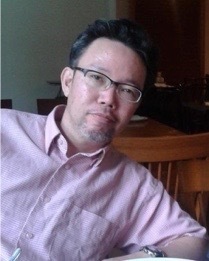 Mr. Imanishi is a Japanese Entrepreneur and Business Consultant
for the past 27 years in KL and Japan.

He had set up more than 10 types of businesses and provided consultation to
more than 150 companies and individuals.

I’m sure you have attended many kinds of the sales seminars and training before or you might have read many books and magazines to improve your sales skills.

How is your outcome so far ?  Are you very satisfied with the results you have achieved or do you feel something is missing ? 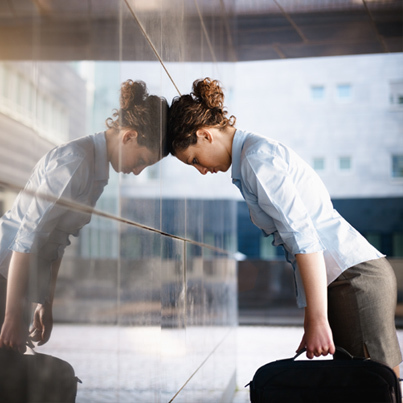 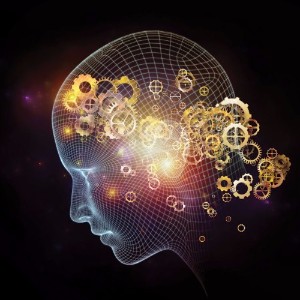 Your real problem and enemy
is your brain.

Unfair advantages are existing in our brains. Those who can develop and utilize their brain increase their ability at enormous speed.

Why are 99% of people getting poorer no matter how much they struggle while the top 1% continues to get richer at enormous speed ?

An Inconvenient Truth of
Sales Jobs

A manager of sales company told me the truth.
Within 3 months, the company categorizes its sales staff into 3 levels. 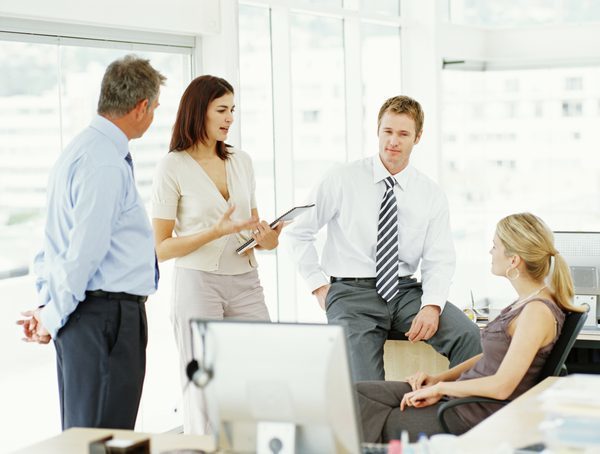 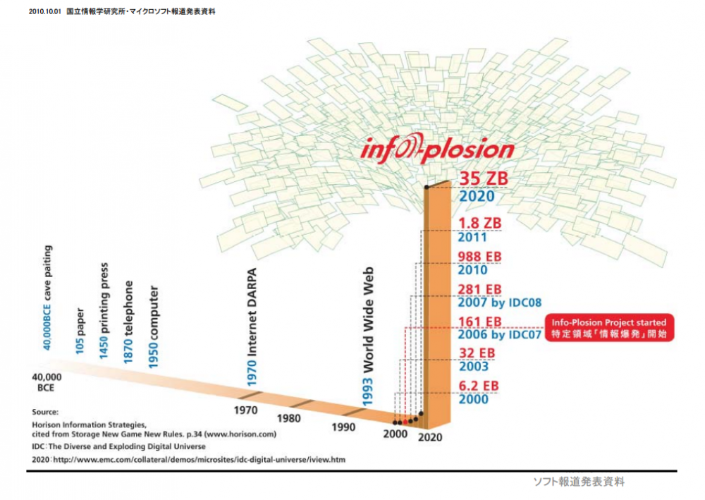 How do you cope with information big bang ?

Do you know that most of us are only using less than 1% of our brain capacity ?

Are you able to follow the trend of game change in our society ?

It was much easier to do sales when customers do not have much information and options.

However, our market situation has changed drastically.

Now we must know how to make customers choose us among the many competitors in the market.

You should realize that we are competing in unfair games now.

Those who know the advanced technology and right mindset can progress at enormous speed.

Do you want to know more about it ? 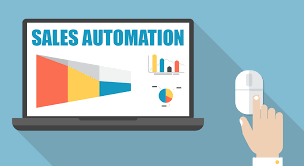 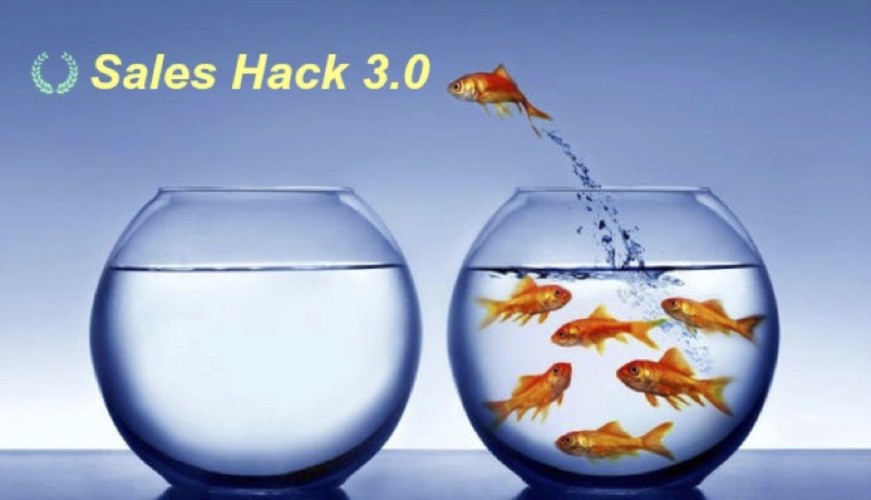 Real secrets to be revealed 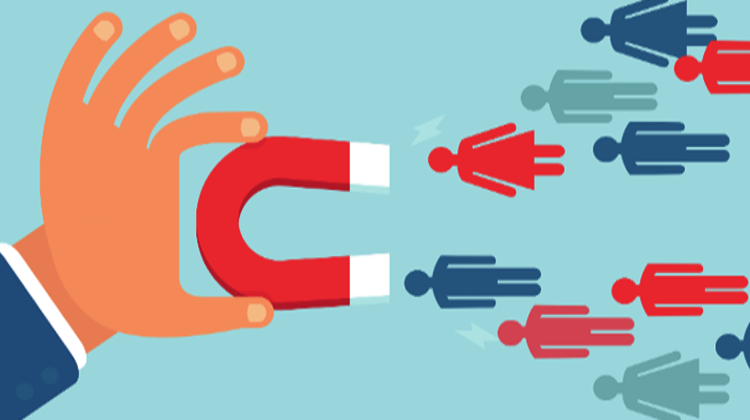 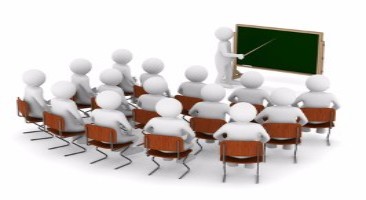 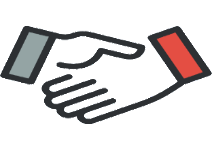 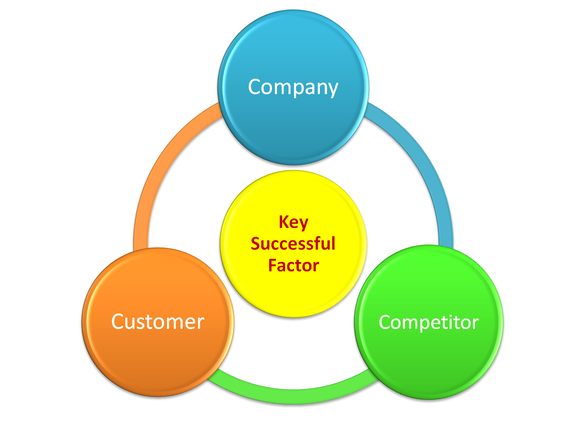 99% sales and business persons have never fully utilized this process.
This process will determine more than 80% of your future success. 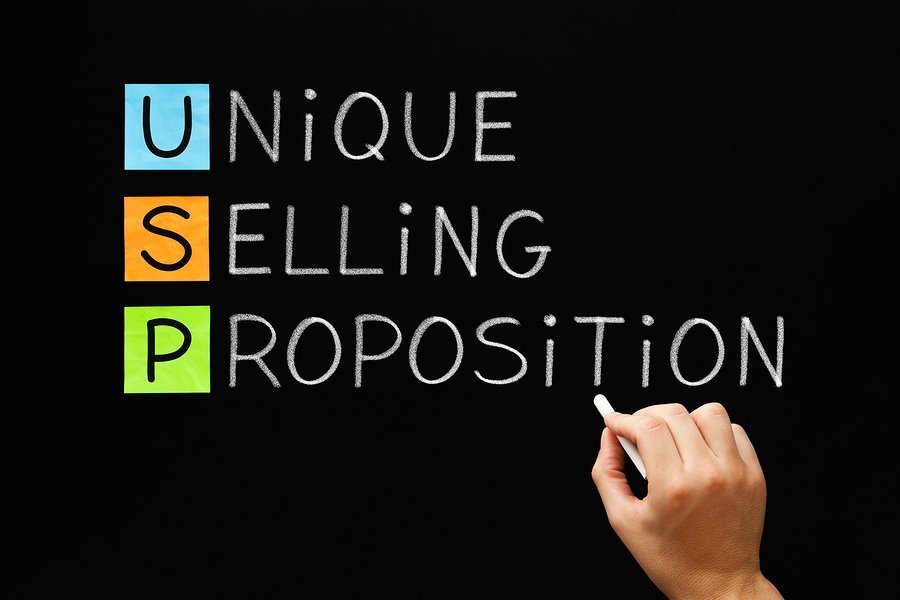 You have to find your special position throughout 3C research and analysis.
You must find your original position which differentiates you from your competitors. 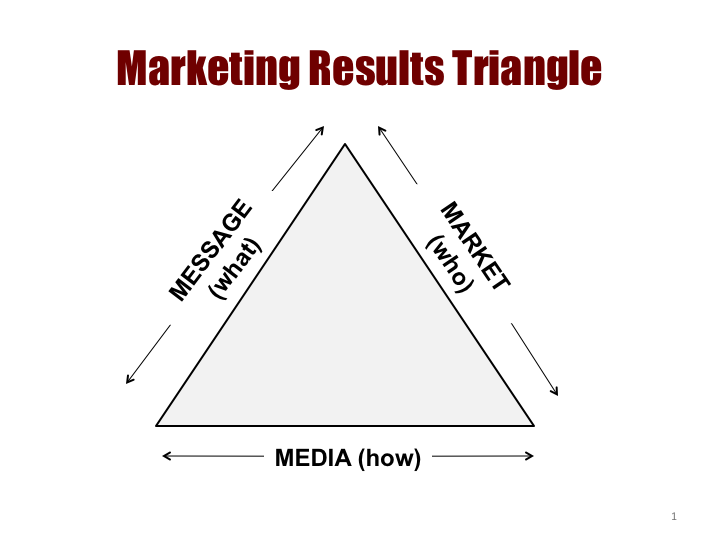 You should understand there are two ways of prospective activity here. One is offline and the other is online.  How are you going to integrate these two activities to maximise your result ? 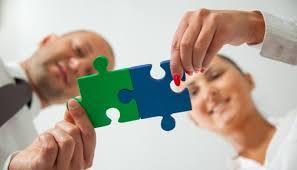 If you have done your positioning and prospecting correctly, it is rather easy to build rapport. The more important work that need to be done for this section is to identify your customer's true desire in this process. 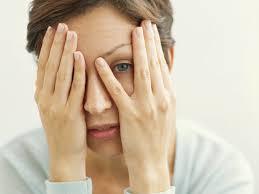 You have to identify your customer's core needs from step 4 process.
Most of the sales disaster come from a misconception of this process. 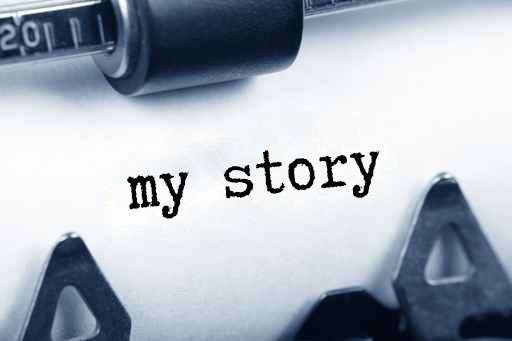 You have to sell yourself first before you present any of your products
or services. If you are not ready to sell yourself in a very effective way
here, there is almost no chance for closing. 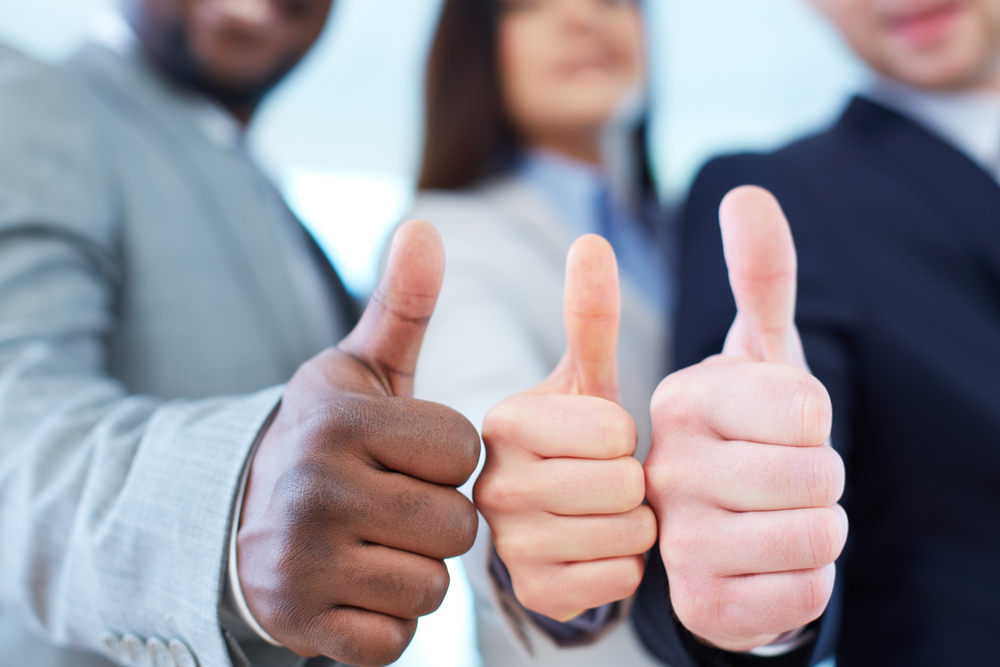 You have to show your evidence to your prospects that you have true solutions which have been tested and proven. This is the final process before your presentation. 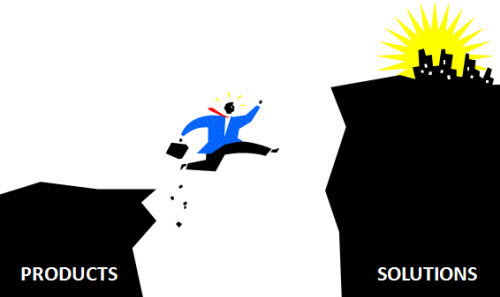 Present Your Products or Services.

Please make sure that you do not sell your products and services here.
You can only sell your solutions to your prospect. This is the core concept
of Sales Hack 3.0. 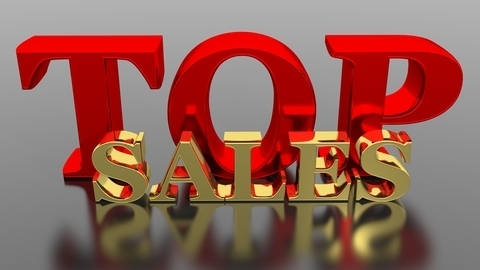 Eliminate Every Anxiety of Your Prospects

There is no closing here. Your mission is not to sell but to solve your customer's problem.
Forget about sales ! It's over !  Be free from traditional sales mindset.

99% sales and business persons have never fully utilized this process.
This process will determine more than 80% of your future success. 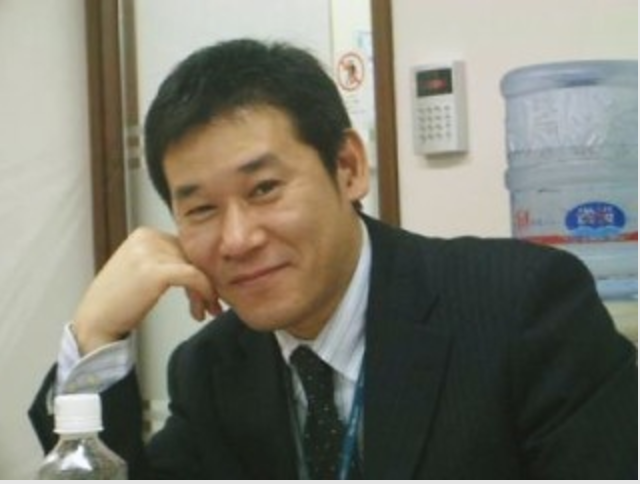 I met with Yoichi through BNI organization. He requested to visit my Unit Trust Training Office. Later I showed him my office and we had a long discussion.

I asked him several questions during his visit. For example, many agents are working like me. How to get to manager level and so on.

Actually, I was very busy chasing my clients every day and I was in survival stage at that time. I don't have any idea on how to transform my situation or upgrade my sales to a higher level.

Then he asked me a critical question which blew away my common sense. He asked me what is the difference between me and my manager.

"Both of you are selling the same product at the same price but results varied significantly", he said. "Do you think that it is just a difference of skill and experience ?"

His answer is "No". He clearly explained, "It must be strategies behind which you don't know."

He taught me that every successful business model has its own strategies behind. His lecture gave me an unforgettable awakening.

So I decided to take up his one to one coaching for 6 months and reached manager level at an amazing speed. My revenue had increased more than 10 times and still continues to grow.

Thank you so much. 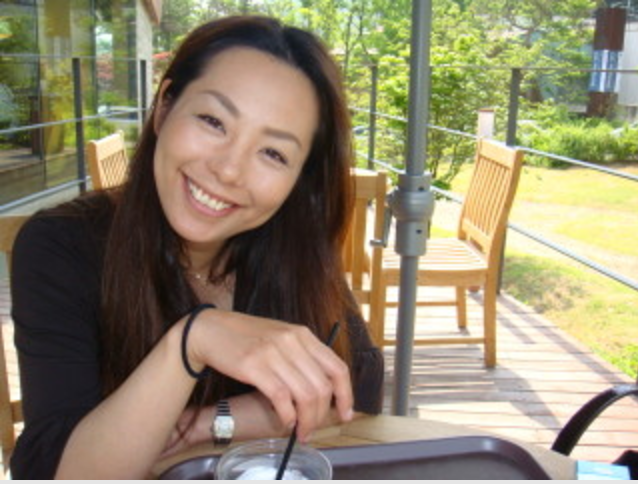 One day, Mr. Yoichi took my free coaching session from Malaysia. I was very excited to talk with him at that time.

Then I close my sales as usual. He was silent for awhile. Then he asked me if this is how I usually close a sale.

"Your free session and its contents are excellent, but you have wasted so much of your effort. You can increase your revenue easily if you add new strategies."

He promised me that I can increase my sales double or triple if I implement his effective sales skill.

So I took his one to one coaching for 3 months and I increased my income 3 times as promised.

Now I made a partnership with him and introduced my coaching friends one by one.

So I managed to have extra revenue besides bringing in revenue from my own coaching. 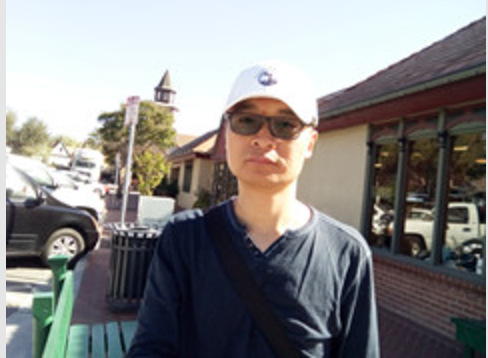 I was introduced to Mr. Yoichi by a successful businesswoman.

My main target is high-end properties. So I asked him if any of his friends might be interested in buying any property.

He asked me about my challenges. I am quite busy showing many properties every day. However, I can only close about 5 - 10% of the deals. It is extremely challenging for me.

Mr. Yoichi offered to help me to increase the closing percentage by double or triple and asked if I want to try his coaching.

I said, "Yes, of course". He introduced me to his one to one sales coaching without risk. He promised me a full refund if after I follow his coaching and cannot increase more than 2 times my income within 6 months.

So I took his offer and went through intensive coaching. He taught me how to let real prospects get back to me by an average of 70% to 80%. It's amazing !

It looks like magic but it is not. It is rather more of logical advice.

If you really want to your prospects to come back to you, you need to design your talk in that way."

It's so simple but that's the true essence of sales and marketing logic. His coaching is based on core truth which many of us are not aware of.